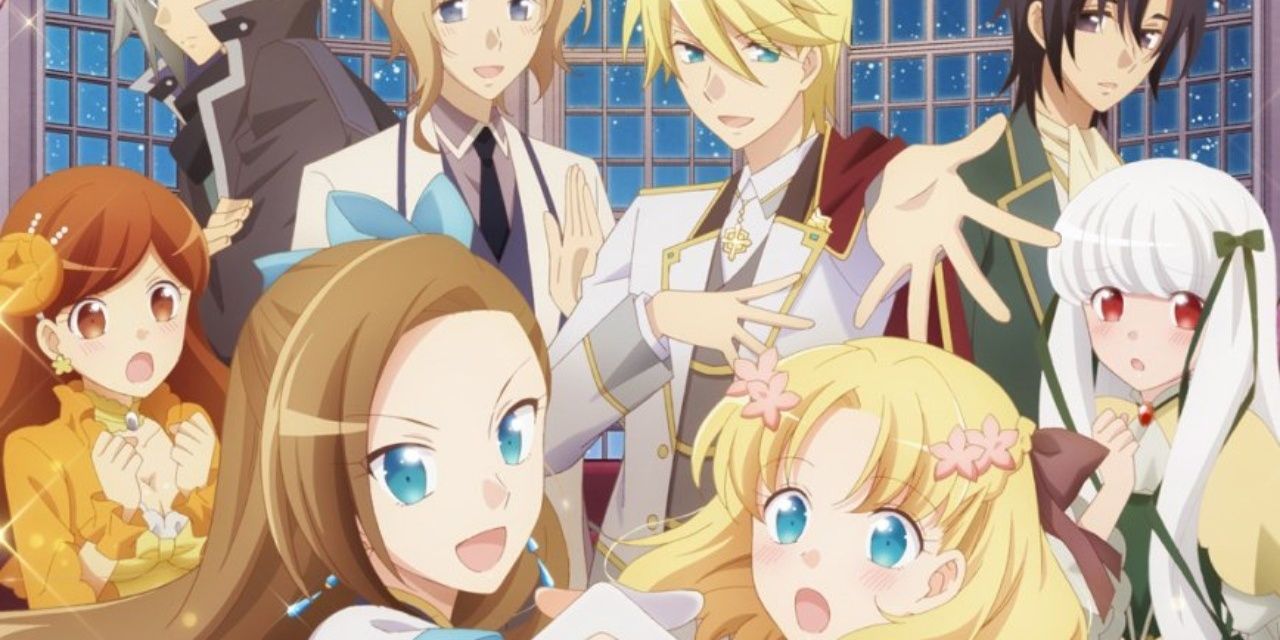 Just as I thought I was finally getting sick of isekai anime, My Next Life As A Villainness: All Routes Lead To Doom swooped in this season with a genuinely fresh take on the genre. Sure, it’s an escapist harem fantasy romp, but it’s also a romantic comedy with a hilarious female lead, who’s harem includes guys and gals in equal measure. That’s right – she’s a BICON!

Villainness basically explains the plot in the title, but here’s a run down: In a Victorian-inspired fantasy kingdom, a spoiled rich girl named Catarina Claes takes a nasty fall to the head one day and gets visions of her past life as an otaku girl in modern Japan. She realizes she’s actually in the world of her favorite otome game, a visual novel for girls that usually focuses on romance. But poor Catarina was reborn as the villainness, and every route in the game leads to her death or exile! Catarina resolves to become a good person and befriend all the characters in the game. Since she’s, a total dumbass, though, she accidentally triggers all of the romance flags instead of the death flags, so now 8 handsome guys and gals have all inexplicably fallen in love with her.

Yup, this is The Good Place as a harem anime. I have no idea who thought something like that would work, but here we are!

More than most genres, rom-coms need likable characters to get people invested. Villainness knocks it out of the park with its lead, Catarina (or as the fans call her, Bakarina). She’s charmingly oblivious to a lot of things: how many cakes it’s acceptable to eat at a party, societal norms that say rich girls can’t be into farming, and especially every other character’s infatuation with her. But she always helps her friends with their own deep-seated issues, and she’s So. Damn. Cute! My favorite scenes are her inner monologues, where a council of her five remaining brain cells argue with each other, like a diplomatic meeting on The West Wing done by a bunch of toddlers.

The supporting cast is also great, male and female. Most of them don’t get too much development, but they do a great job at being the “straight man” when Bakarina gets a sugar high, while secretly losing their minds at how oblivious she is to their advances. Even though they compete with each other for Catarina’s affection, they never seem to judge or resent each other for it. Homophobia doesn’t really exist in this world. And if the OP and promotional art are any indication, Catarina’s at least got a thing for Maria, the demure heroine who, of course, makes amazing pastries.

It can be hard to find good bi representation in media. For a long time, bisexual TV characters were only ever treated as a joke. People often treat bi women as straight and bi men as gay, which leads to misrepresentation and erasure. Even anime bicons like Sailor Moon and Shinji from Evangelion have had their works censored in the West. So it’s great to see a show where fluid female sexuality is so normalized, especially in a genre of anime that tends to be associated with sleazy male-gazey stuff like No Game No Life and Konosuba.

Beyond all that, though, My Next Life As A Villainness is a wholesome and hilarious anime. The characters are all a joy to watch, and the writing builds every joke on top of the previous one in a very Kaguya-sama sort of way. Some episodes dip into drama and discuss issues like bullying and classism, but they never take away from the fun. I may not be a fan of most harem anime, but I’ll gladly stick around for more seasons of the tree-climbing, sweets-devouring, dumbass bisexual queen.

2 thoughts on “Anime Pride Month: My Next Life As A Villainness and the Wholesome Bi Harem”