I put off watching Magia Record: Puella Magi Madoka Magica Side Story for a while because of my baggage with the original series. Madoka Magica is one of my top 5 favorite anime. The art, music, and pacing are phenomenal, and I love the mashup of its cutesy magical girl aesthetic and existential horror (and of course, tragic lesbian romance!)

I never wanted more, because I didn’t think anything could live up to the original ending. And as much as I wanted to watch this new anime with an open mind, I couldn’t help comparing the two constantly. Madoka Magica is like a dish at the finest Italian restaurant in town, and Magia Record is like the same meal at Olive Garden.

Our new heroine is Iroha Tamaki, a pink-haired girl clearly in over her head. (Sound familiar?) She’s already made her pact with Kyubey at the start of the story, but neither can remember what her wish was. When she realizes she wished to save her little sister Ui from disease, Iroha vows to find the girl at any cost. But why did both Iroha and Kyubey lose their memories, and why does Kyubey seem to have a cuter but even creepier younger brother?

Did that sound like an interesting premise? Did it seem like there were cool mysteries to solve, and that they could take the concepts and themes of Madoka Magica in a new direction? Well, sorry, because Magia Record does nothing with these ideas at all. The pacing in this anime is like running on a treadmill: fast and intense, but never actually going anywhere.

The first problem is one that many gacha anime have: too many characters and not enough development. The original Madoka only had 5 magical girls, and gave them all several episodes in the spotlight. Here, there are like eight magical girls in the first episode alone, cameos from the original characters, and a cult of evil magical girls in addition to the witches as antagonists. And they only get one or two episodes of screen-time each. These characters are not here for you to care about them, they’re just marketable designs to get you to spend money on, well, you know…

The story feels less like a story and more like a mess of cool looking imagery cooked up on a peyote trip. The original Madoka was pretty surreal, but Gen Urobuchi’s clever writing helped tie it all together cohesively. But Magia Record constantly jumps from one plot point to the next, with little focus on Iroha’s quest to find her sister (you know, the goal of the main fucking character?!) And remember all those gut-wrenching twists and reveals in the original? Here, they’re explained again in a PowerPoint presentation. I wish I was kidding.

It’s a shame, because there are moments – moments – where Magia Record gave me the same sense of awe as the original. The trademark SHAFT visuals are back in force, which makes the transformation and combat sequences really pop. They couldn’t get Queen Yuki Kajiura to do the music this time, but the new tracks are pretty good regardless. And they expand the lore of Madoka Magica enough that it’s not a complete rehash of the original, I guess…

But even the positives make me wish I was watching something better. Who is Magia Record even for, really? If you’ve never seen the original Madoka, you’ll have no clue what’s going on. If you have, you’ll get frustrated with how much this show rips off not just Madoka, but other great anime like Revolutionary Girl Utena or the Monogatari series, while refusing to do anything new of its own.

Anime fans have been waiting for “the next Madoka‘ for almost a decade now, but this isn’t it. If you want a great dark magical girl anime, watch Flip Flappers, Magical Girl Raising Project, Yuki Yuna, Symphogear, or even an older anime like Utena or Lyrical Nanoha. All of these shows are more unique, have more three-dimensional characters, and do a better job exploring Madoka‘s themes than this “official” tie-in. It’s not a terrible show, but it is pretty much the “Joey” of pointless, unnecessary spinoffs in anime.

3 thoughts on “Magia Record: The “Joey” of Unnecessary Spinoffs” 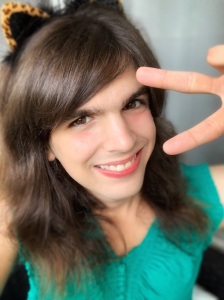